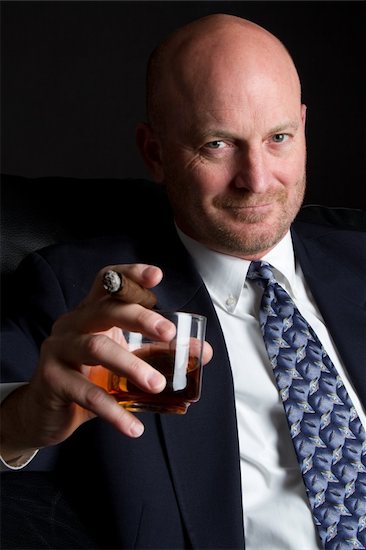 An attorney in Charlotte, NC purchased a box of extremely rare and pricy cigars. He then insured them against fire, in addition to other things. A few weeks later, after having smoked his entire collection of these rare cigars and without yet having made even his first premium payment on the policy, the attorney filed an unusual claim with the insurance company.
In his claim, the attorney stated the cigars were lost “in a series of small fires.” The insurance company rejected is claim, citing that the man had consumed the cigars in the normal fashion. The attorney sued….and won! In delivering the ruling the judge agreed with the insurance company that the claim was frivolous. The judge stated nevertheless, that the attorney held a policy from the insurance company that stated the cigars were insurable against fire, without expressing what is considered to be “unacceptable fire,” and therefore was required to pay the claim. Rather than go through a lengthy and expensive appeal process, the insurance company accepted the ruling and paid $15K to the attorney for his loss of the cigars that were “lost in the fires.”
But the insurance company was not done… After the attorney cashed the check, the insurance company had him arrested on 24 counts of arson! They used his very own insurance claim and his testimony from the prior case used against him. Ultimately, the lawyer was convicted of intentionally burning his insured property and was sentenced to twenty-four months in prison and a $24K fine.
While this may be an extreme example of a “claim” there are some important points to take away from it. SCHEDULE YOUR VALUABLES! Most homeowner policies include a “sub limit” for certain classifications of personal property for specific types of loss.
For instance, most homeowner policies only supply up to $1,500 in coverage for jewelry that is stolen. Sub limits like this also exist for firearms, silverware and furs. Generally, the cost to add this coverage is minimal (depending of course on the value of the item).  Usually five thousand dollars per piece of jewelry can be scheduled for less than fifty dollars a year.  Also keep in mind there are options available for collections  such as wine, fine arts, books, stamps and coin, as well.  Protect the items you value![/vc_column_text][vc_divider show_line=”yes” space_above=”20″ space_below=”20″][/vc_column][/vc_row][vc_row][vc_column width=”1/4″][vc_team_member social_links=”http://www.linkedin.com/pub/chantelle-kingsbury-cisr/33/566/a4″ social_type=”icons” image=”3198″ title=”Chantelle Kingsbury, CISR ” position=”Insurance Consultant” img_fixed_height=”0″]2237 Lancaster Pike
Shillington, PA 19607
Ph~ 610-898-6531[/vc_team_member][/vc_column][vc_column width=”3/4″]